Размещено 10 года/лет назад
A bill proposed by New Hampshire legislators would make random Transportation Security Administration (TSA) pat-downs and full-body scans a crime in the state. Under the proposed legislation, an airport security screener who conducts a pat-down or full-body scan without probable cause could be subject to felony sexual assault charges – though the Manchester Boston Regional Airport does not yet have full-body scanners. The bill would also apply to security searches at courthouses. It proposes… (news.travel.aol.com) Ещё...

David Sims 10 года/лет назад 0
Too bad the federal courts will probably strike it down even if it passes. Probably under the Patriot Act, or national security, or something like that.
Ответить ↓•Постоянная ссылка•Report 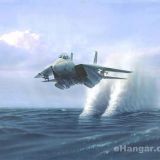 Bogush 10 года/лет назад 0
it's about time - not all travellers are hijackers or terrorists and should be man/woman handled as such - as Judge Wapner used to say "if the preponderance of the evidnece shows otherwise" than yes.
New Hampshire seems to be the only state that actually has law makers with any sense of duty to the country and to it's people
Ответить ↓•Постоянная ссылка•Report 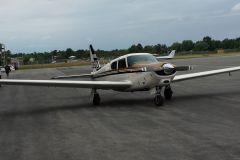 John Danish 10 года/лет назад 0
I am not sure the court will try, MHT is the only place it would be used, Not sure it would be worth it. I have family there, fly in and out of KCON, as well as KMHT,they actually still believe in "Live free or Die" they have tried to impose taxes also, that does not work either.
Ответить ↓•Постоянная ссылка•Report

houndog528 10 года/лет назад 0
I just don't see what the big deal with pat-downs is. I flew out of MHT this past weekend, and was patted down by a male screener at the security checkpoint. He was very professional, courteous, polite, explained what he was going to do, asked me a few questions, and I was on my way. How is this sexual assault? He never violated me or my privacy. He was doing nothing but his job. He did this with everybody who was in line (female passengers were screened by female screeners). People in this country need to realize that flying on an airplane is not a right (nowhere in the Constitution does it say "a person has the right to travel by airplane"), it is a privilege and should be treated as so. If you don't want to go through the proper procedure to get on and travel by airplane, then you don't get to go. Simple as that.
Ответить ↓•Постоянная ссылка•Report

Bogush 10 года/лет назад 0
just one note to Houndog528 - when the Constitution was written - if my memory serves me right there were no planes and or any type of flying apparatus to move people around in the air except maybe balloons - times have changed and this whole idea of pat down is over kill - if someone wants to do harm - they will surely find a way - next you will have to disrobe because there might be WMD hidden in your private areas like C4. What if they start asking what your religious beiefs are and based on that they will either allow you to board or not - when do we draw the line. I personally don't have problem with any of this as I am not a threat, but someone out there might think I am because of the color of shoes, the after shave I wear or the color of my skin - we are becoming less democratic as we evolve in this new USA...
Ответить ↓•Постоянная ссылка•Report

houndog528 10 года/лет назад 0
Boguslaw, I think they should ask about a passenger's religious beliefs. Would you want to sit next to someone who is chanting verses from the Quran? That would scare the hell out of me. Yes, not all Muslims are terrorists, but all terrorists are Muslims. But, that's an entirely different subject that I don't want to get into right now.

I don't think pat-downs are overkill. How do we know what is in somebody's pockets, or what they might be concealing under their shirt?

Why should we draw the line? Terrorists don't care. They are going to get to us no matter what we do, so why should we limit ourselves because we are a nation made up of crybabies and we are afraid to hurt people's feelings?

Pat-downs need to be done. It is the quality of the American people that is the problem. Americans have become too touchy-feely, it is disgusting. We, as a nation, need to grow up. We need a major overhaul of the people in this country. People need to realize that they can't scream rape when somebody asks them what is in their bag. People need to realize that they can't throw a temper tantrum like a 4-year-old when they don't get their way. Like I said above, flying is a privilege not a right, and if you don't want to go through the proper procedure to get on and travel by airplane, then you don't get to go. Period. End of story.
Ответить ↓•Постоянная ссылка•Report

John Danish 10 года/лет назад 0
Hey, they have won, our freedom is gone. Profile if needed, dont let them on airplanes, we are not being bombed by americans...............
Ответить ↓•Постоянная ссылка•Report

Evan Grant 10 года/лет назад 0
Political Correctness only has few positives, this is not one place where I want to be "correct" pat me and everyone on the plane down. I'm not concerned with what color, creed, religion, or age you are. Get a pat down or fly private and get over it. It's not just terrorists, anyone is allowed to fly, who knows how crazy the person is next to you and what type of weapon they are carrying? All there are, are complaints...FLY PRIVATE! Some whiny person who feels violated because they left a knife in their bag should expect something to happen..GET OVER IT! How about everyone just not be so stupid?
Ответить ↓•Постоянная ссылка•Report

John Danish 10 года/лет назад 0
Sorry, I will let it go, most of the time [99%] I fly my own airplane, have for the last 38years.
Ответить ↓•Постоянная ссылка•Report

John Danish 10 года/лет назад 0
To add to that ability to fly my own airplane,I have to have a TSA pass to enter the airport. I have been subjected to a financial disclosure, background checks by the FBI,CIA,local police. My parents, grandparents, and wife have been investigated. If they did there job as well instead of stealing things from passengers we would be better off, even flying private. Patdowns and scanners are not the answer
Ответить ↓•Постоянная ссылка•Report

Bogush 10 года/лет назад 0
is chanting the Kuran worst than saying the Our father - I know whan I fly I always say a little prayer maybe not as vocal as others around me - but we all hope to get where we are flying to and it's nice to think we can speak to GOD wherever we are....
Ответить ↓•Постоянная ссылка•Report