Размещено 4 месяца(-ев) назад
Boeing Co CEO Dave Calhoun faces a multibillion-dollar dilemma over how to rebuild sales in its core airliner business that has sparked an internal debate and put the future of the largest U.S. exporter on the line, industry insiders say. (finance.yahoo.com) Ещё...

Ron Nash 4 месяца(-ев) назад 16
Boeings corporate behaviour over the last decade or more clearly displays the American corporation mantra of profit before anything else, and a total lack of corporate ethics and morals, in the pursuit of money, and more money.
This total lack of ethics and morals in the corporations of America is a corrosive rot that is undermining Americas power and standing in the world.
It is the equivalent of a major termite infestation in a timber-framed house - whereby the house looks superb from the street, but where it will crumble into ruins when some pressure is applied, such as strong winds.
The strong winds are blowing on the House of Boeing and I can see a lot of crumbling into termite dust coming for that House.
Boeings deceitful, self-serving, greedy, and morally-bankrupt corporate behaviour, should be held up as a classic example of what not to do, in any future "corporate ethics and morals" training.
Unfortunately, I don't think anything will change in the corporations of America, as they continue down that same broad path to eventual decay and destruction.
Boeing will never again reach the heights it reached; it has peaked, and it is likely to be mortally wounded.
There are myriads of problems the company still has yet to address, and corporate behaviour is just one of them - let alone the problem of nearly 500 unsold 737MAX jets.
In 1955, GM was the richest and most powerful corporation on the planet, as witnessed by their stunning 1955 "Powerama" expo in Chicago.
International Harvester were in a similar position in the same decade. A huge corporation that provided the world with large numbers of good trucks and construction equipment.
But both GM and IH ended up in bankruptcy and merely a shadow of themselves - downfalls fed by poor management, a lack of corporate ethics and morals, and self-serving behaviour.
The book, "A Corporate Tragedy: The Agony of International Harvester", should be required reading for Boeing executives, as it details all the corporate mismanagement that led to IH being carved up by the corporate wolves, and the corporation totally destroyed.
Ответить ↓•Постоянная ссылка•Report

patrick baker 4 месяца(-ев) назад 1
deceit, corporate behavior outside the legal lines,corporate ethics: i think i would be satisfied with corroporate behavior inside the restraints of legality, with a board with a spine, and everybody giving a book report on the "agony of international harvester", or lockheed, or case study of sears, roebuck, and any other dozen formerly prominent companies of the last 50 years. Seek to not replicate the behaviors that killed these concerns off.
Ответить ↓•Постоянная ссылка•Вверх•Report

patrick baker 4 месяца(-ев) назад 18
unfortunately for calhoun, he has scant institutional wisdom to consult. THe board of directors is unlikely to be of material assistance. THe ethos of the company is sales, not engineering, yet a sharply defined new product is exactly what is called for, a targeted new airliner, conceived by engineers to offer an alternative to a runaway seccess story in the 320xlr and xl. THe new plane has to be differentiated and spot-on economically from an established very good airbus design and execution. The game-changer, company-saver is already months overdue. No pressure...
Ответить ↓•Постоянная ссылка•Report

ADXbear 4 месяца(-ев) назад 13
Hard to rebuild credibility when there were so many lies, deals and delays.. There should be real changes in the mgmt team, FAA reprimand for the inspection process etc.. let's not soothyhis over like icing on a birthday cake...
Ответить ↓•Постоянная ссылка•Report 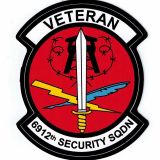 Leo Cotnoir 4 месяца(-ев) назад 3
Boeing appears to be more interested in suckling at the Pentagon teat than in developing new commercial airliners. It is past time for them to replace the obsolescent 737 line with a modern design.
Ответить ↓•Постоянная ссылка•Report

patrick baker 4 месяца(-ев) назад 0
pay attention leo: there is a huge change in aircraft design and powerplants about to come into play, and is boeing to make the last piece of improvement on 737/787, powered as they are, or are they to wait a bit, see the next phase of design and powerplants, and build on that with large incremental improvements, surpassing Airbus and their 320 varieties? More of the same, or way better than more of the same? that is the problem is a nutshell as i see it. Boeing has been playing reluctant virgin for so long on this MMA design that i wonder if they truly have it in them to deliver? Course, how they gonna pay for it? United and Delta both have said they would buy this MMa in very large numbers,but no options quite yet.
Ответить ↓•Постоянная ссылка•Вверх•Report

Tomer Ariav 4 месяца(-ев) назад 3
From AP:
Eisenhower explained it this way: The super rich could avoid the high taxes by investing their money in things that make America stronger. If they wanted to avoid high taxes, he said they could invest in business expansions and higher employee wages. They could give a million or two to tax-exempt non-profits that feed, house and clothe poor people of America, among other things.
Ответить ↓•Постоянная ссылка•Report

Roger Bailey 4 месяца(-ев) назад 2
Boeing continues to show any amount of mistakes is not enough,just continue down the same path, they can not see the trees for the forest.
Ответить ↓•Постоянная ссылка•Report

Rob Palmer 4 месяца(-ев) назад 1
Interesting to note that the U.S. Constitution does not discuss nor provide for (1) corporations and (2) political parties. They are just arbitrary arrangements for special interests, I would conclude.
Ответить ↓•Постоянная ссылка•Report

patrick baker 4 месяца(-ев) назад 0
thanks for a wholly new thought. I have read the Constitution, parsed it, and somehow overlooked your well taken point. THe document made provisions for unanticipated items through strategic generalities and ambiguities, so the rise of corporations and political parties comes somewhere, as here they are smack dab inthe midst of power and divying up goodies.
Ответить ↓•Постоянная ссылка•Вверх•Report