Размещено 2 года/лет назад
Relatives of 737 Max crash victims want regulators to re-certificate the troubled Boeing narrowbody as a completely new aircraft, and only after crash investigations are complete. (www.flightglobal.com) Ещё...

Dan Murphy 2 года/лет назад 9
Honestly, it's just not that different. Most of the systems and interfaces are the same, and you can learn the differences in a single sitting. Focus on reprogramming the MCAS, and solving the problem. I'm very sorry for the loss the families endured. I hope positive change comes from their involuntary sacrifices. Be it a new type cert or not.
Ответить ↓•Постоянная ссылка•Report

sparkie624 2 года/лет назад 5
I disagree... They are still very similar.. I do feel simulator and classroom training should be required, but not a total re-certification of the aircraft...
Ответить ↓•Постоянная ссылка•Report

Robert Cowling 2 года/лет назад 1
Shifting the engines forward and higher on the wing changes the entire performance of the air surfaces. You can't say that doing that doesn't cause changes that are needed to address that issue. Boeing created a monster, and tried to put a paper mask on it to hide the problems, and then deliberately lie about the planes performance. Boeing made the decision to Band-Aid the plane, and base that 'fix' on options, and single point of failure.

How would you like to drive a car that has an issue where it could pull hard right at any point during a drive, and to 'fix' it, the company makes the plane pull hard left when you appear to be turning right? Would you sit for that kind of incompetence? Would you be happy if your family was killed because the system the manufacturer didn't tell anyone about swerved the car into a bridge abutment?

The 737 Max either needs a complete redesign, or it needs a more professional 'fix' for the problem, and Boeing needs to stop making safety items 'optional'. Fire suppression, optional? Angle of attack backup sensors, optional? An idiot light to warm then the sensors disagree, optional? ALL of that should be STANDARD EQUIPMENT!

But that negates the fact that the plane is not performing like it should due to design shortcuts they took to 'game the system'. I agree the 737 Max *should* be certificated as a new design. Will it? Boeing has a lot of high paid cheerleaders in high places in the current administration. They will probably get away with some level of protection, but I won't want to fly on one of those planes.
Ответить ↓•Постоянная ссылка•Вверх•Report

sparkie624 2 года/лет назад 8
That is not what I said.... What I said it was the same basic a/c and I do not feel that it needs to have a brand new certification.... I never said it did not have problems... It does and needs addressed... But stand by that it is still a 737. When Boeing makes a plane they have options... All us Airlines Chose 2 AOA Vanes... Other Countries Airlines decided to opt out of that feature. They told Boeing what they wanted, the FAA Certified it, and that was that.

Give you another good example... Look at cars made today.... The 2007- 2009 Suburban's, Yukon's, Escalades had ground issues.... When you would turn the vehicle off, everything would DIE immediately... No Lights, Needles would freeze... Only way to get it running again was to disconnect the Positive to the battery for about 10 seconds and reconnect... The problem is a bad ground... The generic fix is to replace the Negative Battery Cable.... Works for about 2 or 3 weeks... this is a known issue and GM will not do anything about it. Most people myself traded them off. Class Action Law suits threatened.... But even so... They are still Suburbans, Yukon's, and Escalades! and they are still the same series even though they may have some problems...

I must admit I was shocked to find that the Dual AOA vane was an option.... Every plane I have worked on has 2 and are inspected frequently... Maybe the bigger blame would be on the countries that allow only 1 AOA vane! Boeing sold a plane that was certified to be sold in that country... Everyone wants to say that Boeing is the Bad guy here.... Well, lets add it up.... The FAA Bought off on it, the Foreign Governments Bought off on it, the Airlines did not want to give more simulator training.... Sounds like a bunch of cheap scapes put money ahead of the lives of people. Boeing was selling an approved product to customers that did not want to pay for extra safety equipment.... Make note, that in the US non crashed and all had 2 AOA Vanes. The AOA Vane was the big fault here! If they had had 2 AOA Vanes those crashes probably would not have happened.

Looking at your statement on Standard Equipment.... In the US, 2 AOA Sensors are required.... Other countries with lower standards do not... We require emmision controls on all new cars, some countries do not.... A Backup Sensor, or backup Camera are nice features.... My Suburan has both... I like them, but they are not required and do no make anything safer.

In your last statement, it is true that Boeing was too friendly with the FAA... So was South West, and one reason they got into big trouble.... I would rather fly on a Boeing before any Airbus! Geez... Some of those pilots cannot even diagnose frozen pitot tubes... I trust a plane more that the Crew Flies the plane, not in a plane where the crew doesn't have to think and only follows a computer... Note the Russian plane that followed the flight path straight into the ground after a kid hit the yolk! It is easy to throw stones when someone is down on their luck... Boeing has been the best for years and years, but yet they have 1 issue and everyone turns on them... Sorry charlie!
Ответить ↓•Постоянная ссылка•Вверх•Report

sparkie624 2 года/лет назад 1
I gave more of a comparison that that.... Read further!
Ответить ↓•Постоянная ссылка•Вверх•Report

lynx318 2 года/лет назад 0
"the system the manufacturer didn't tell anyone about" ...the airlines knew, they opted out of it!
Ответить ↓•Постоянная ссылка•Вверх•Report

JMARTINSON 2 года/лет назад -2
ALL of that should be STANDARD EQUIPMENT.... so customers can pay for things they don't want or need? What a great idea.
Ответить ↓•Постоянная ссылка•Вверх•Report

Randy Brown 2 года/лет назад 3
Lots of blame to go around. Those that blame only Boeing are wrong.
Because of politics and a sensationalized media there is a severe over reaction.
The planes will fly again. They will be safe. Everyone will forget. The “Max” name will disappear.
Sooner the better for everyone involved,
except the trial lawyers.
Ответить ↓•Постоянная ссылка•Вверх•Report

sparkie624 2 года/лет назад 1
You are exactly right... Where Boeing is obviously on the list, so is the FAA, the governments of the other countries that allowed it as well... There is plenty of room to spread the blame... It is a well known fact that most 3rd world countries do not have as tight of regulations on air travel that we do... weather it be training or standard equipment....
Ответить ↓•Постоянная ссылка•Вверх•Report

Stefan Sobol 2 года/лет назад 2
When the A320 first came out, there were a couple of crashes because the pilots got confused by the automation and didn't know what the plane was doing or going to do. Plenty of people said they'd never fly on an Airbus (old saw here). Airbus solved the problems, the pilots got trained, and now no one thinks twice about flying an A320 (except the Boeing diehards). Same thing will happen to the MAX. In 5-10 years it will all be forgotten, except by those people who leveraged Boeing's problems in the stock market, who'll still be counting their money.
Ответить ↓•Постоянная ссылка•Report

bbabis 2 года/лет назад 3
Entire recertification is clearly unnecessary. Specific training to the model flown is all that is needed. Unfortunately, right now, insurance companies demand more in the way of model specific training than the FAA does.
Ответить ↓•Постоянная ссылка•Report

ray hughes 2 года/лет назад 2
Will the public forget and move on? Invariably i think yes, but what is an unknown is just how long will the public remain unconvinced to fly as a passenger in a 737Max? And will this period of doubt force single 737 operators to the wall?
This is probably more important than any Fix even with Hyped positive media support.
Boeing's initial response was appalling bad, and their subsequent follow up was a PR exercise in how not to respond.

When the respected retired veteran of Public consumerism (Ralph Nader) states that the aircraft needs to be re-certified, many people will take notice regardless of whether he is qualified to make that assessment or not.

Interesting times ahead for Boeing and 737 operators. Choices to be made.. Operators want the maximum fuel efficiencies offered by the latest generation airplanes but if enough of the public initially refuse to fly in the "Fixed" 737 Max (or rebranded 737 8200) then some operators will be forced to choose an alternative, especially if their fleet is almost entirely 737 models...
Ответить ↓•Постоянная ссылка•Вверх•Report

sparkie624 2 года/лет назад 3
People have very short memories... the max issue will be gone and when Airbus does something again they will turn on them... History has proven this..
Ответить ↓•Постоянная ссылка•Вверх•Report 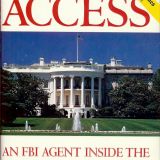 Craig Weis 2 года/лет назад 1
Electronics seem to be the cause of airliners becoming smoking holes in the ground.
Go back to the PIC's actually being in control.
There is no such thing as an accident. You have to let accidents happen.
Flying is safe though when considering that an aeroplane leaves the ground ever second around the World.
Ответить ↓•Постоянная ссылка•Report