JetBlue Airways to decide between CSeries and E-jet E2 family

patrick baker 4 года/лет назад 12
bombardier's c series has begun with great reviews from both passengers and airline accountants. I would not be surprised if upon getting the C series into operation, that they could eventually acquire many more hundreds , making great profits and offering decent seating and other ammenities.
Ответить ↓•Постоянная ссылка•Report 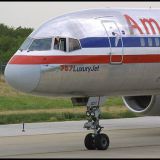 canuck44 4 года/лет назад 8
Embraer has a slight advantage in that they will probably take JetBlue's current E-jets off their hands for a credit whereas the last thing Airbus/Bombardier wants is a bunch of mid-life E-90s
On the other hand, JetBlue makes no secret of the high maintenance costs of the Embraer fleet and the C-series has a track record now of low operating costs, reliability and passenger satisfaction. If the C-series wins this one, the tipping point will have been passed so I would expect major discounts by both Airbus and Boeing to get this contract.
Ответить ↓•Постоянная ссылка•Report

Cansojr 4 года/лет назад 8
The "jungle jets" as they are known as in some parts of aviation in Canada. The Embraers are "tinny" and the seats are lousy. If you pay that kind of money to fly,
choose the C-Series. Talk to SWISS & AIR BALTIC Pilots and executives. People are now asking which flight is a C-Series...They want to try the most comfortable and affordable Regional jet with long legs. When people are cluttering booking agents lines. You are successful when the client beats a path to your door. That seems to be happening everywhere.
Ответить ↓•Постоянная ссылка•Report

Larry Toler 4 года/лет назад 10
I was a flight attendant on ERJ145's here in the States. We called them jungle jets as well. I'd much rather be in a 145 than a cramped CRJ200. As far as seats go, it's the airlines who dictate the interior of the cabin. I'd love to fly on the new C-series and people do seem to be pleased. However the airline operating them can turn a great aircraft into a piece of trash by the way they operate them.
Ответить ↓•Постоянная ссылка•Вверх•Report

Cansojr 4 года/лет назад -2
Larry, you haven't noticed. They haven't built the 200's,for more than 10 years now. Most of the 200 fleet wound up at technical schools and hauling freight in the Canadian Arctic and freight and passengers in Africa.

When the 200's came out I could still get to Halifax from Toronto avoiding the cluster-duck on a DASH-8 100 in YUL in order to get to YHZ when my father was dying. The 200 was a lifesaver for me. Don't tell me Embraer build better Aircraft WRONG AGAIN.

I had to fly from YOW-YEG in an Embraer, I was homicidal after spending 4 hours crammed into that piece of xXxX. I will never be subjected to such an appalling piece of crap made in Brazil again.

I have written Air Canada about this abomination and a friend who works there called and explained that AC were very disappointed with the Embraers. I knew they were trash. You see them all parked across Europe. I saw one Polish LOT in MUC with an extremely upset large group of passengers screaming at the poor crew. YES another EMBRAER SUCCESS STORY....HAH!

If you want quality you must pay for it. If you rush the design an cut essential corners and rush it to market. That aircraft was defective according to a couple of AC pilots, the Embraers should never have gone into production. The market will shut you down once you fail to rapidly trouble shoot a cascade of problems that other the contributors have brought to this forum.

If an airline gets less than they paid for, they will drop you like a 25kg full diaper.

Larry Toler 4 года/лет назад 3
I didn't think they were being produced anymore. To me it just seemed the CRJ was cramped. The 700's on up are nice. You do have a point about the CRJ 200'S. They are cheaper and easier to maintain. I wasn't too picky about what I had to fly on. As long as it has wings and I'm getting paid I was happy.
Ответить ↓•Постоянная ссылка•Вверх•Report

Emily Leighton 4 года/лет назад 1
If the nicest thing someone can say about the CR2 is that it's nicer than a DASH-8 that's not a particularly glowing review of them, is it?
Ответить ↓•Постоянная ссылка•Вверх•Report

Jeff Phipps 4 года/лет назад 3
Should be an easy decision, but I'm biased. I think the only thing the E Jet has going for it is they are the incumbent supplier. Other than that, the CSeries has proven itself as the most modern, comfortable, reliable and efficient regional jet an airline could buy - says the airlines who own them.
Ответить ↓•Постоянная ссылка•Report 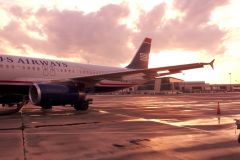 727stretch 4 года/лет назад 1
Wait, I thought B6 disliked the E-190, not just because of high maintenance costs; I thought the size was not optimal and the dispatch reliability was not great. The title of this article is misleading - nowhere does it say that B6 is choosing between the CSeries or E-jet E2. They are keeping all options open, it says. Based on what I've heard, I would be surprised if they go with another Embraer product.
Ответить ↓•Постоянная ссылка•Report

canuck44 4 года/лет назад 1
A few weeks ago, JetBlue announced they were awaiting the decision of the trade commission before looking to replace their 190's which they wanted to do for all the reasons you listed. That could only have meant they would consider the C-series, but my take was they knew the prices would drop if Embraer had competition.
Ответить ↓•Постоянная ссылка•Вверх•Report

pilotjag 4 года/лет назад -1
The obvious answer would be to go with the E190 E2 given they already operate the E190, which they were the launch customer of. But I would not be surprised if Bombardier undercuts Embraer by offering them a sweeter irresistible deal for the CSeries. We'll just have to wait and see. It could go either way
Ответить ↓•Постоянная ссылка•Report

Mike Boote 4 года/лет назад 6
That's true - but remember they are not happy with the E-190 due to it being a maintenance hog.
Ответить ↓•Постоянная ссылка•Вверх•Report

s2v8377 4 года/лет назад 0
JetBlue should pick used A319s simple cheap fix. If not what about the A319NEO? However, the C-Series sounds like an interesting option with it now being a joint venture with Airbus.

Jeff Phipps 4 года/лет назад 2
The 319 is dead. Airbus knows it but hasn't had a public funeral for it. One of the reasons most aviation enthusiasts site the Airbus take over of the C Series program is they know the jet is much better than the 319 that nobody was ordering.

The E190 wasn't a particularly good jet, but came out at a time when there wasn't much to choose from.
Ответить ↓•Постоянная ссылка•Вверх•Report

Cansojr 4 года/лет назад 1
Why would you go to an A-319? C-Series holds more people, good legs and very affordable on fuel. Besides it's an brand new and "pilot designed". A lot of second hand aircraft just have too many "cycles" on them and are more expensive than the Bombardier and cost even more to operate.
Ответить ↓•Постоянная ссылка•Вверх•Report