Daniel Baker 8 года/лет назад 3
It was a rumor before, only announced officially yesterday, when this article was posted.
Ответить ↓•Постоянная ссылка•Вверх•Report

biz jets 8 года/лет назад 1
?? Guess it was a rumour if you don't happen to believe the Financial Times, but it was reported as factual from person's privy to the deal - which in fact was accurate.

The deal calls for 300 million in cash from Textron, and 1.1 Billion in new debt for Beechcraft. (1.4 Billion dollar Cash deal).

Included in the deal was the Beechjet, Premier 1A, Hawker 200, Hawker's, and Hawker 4000 - Beechcraft will not build any of these jets - but plan to supply parts and maintenance.

They hope to sell Citations to King Air owners that upgrade to jets, and if the Texan II sales don't pickup - they will be shut down as well.

There was no comment on any other aircraft type.
Ответить ↓•Постоянная ссылка•Вверх•Report 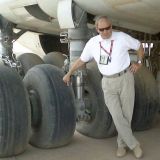 The purchase was announced on Thursday night and would bring two mainstays of Wichita's general aviation industry under a single corporate leadership.