To stall, or not to stall.

Размещено 8 года/лет назад
As an old school flight instructor, I'm not quite sure what form of stall awareness they have come up with, given the we are all equal, in the PC world, but I hope it works! Reference the two stall incidents cited, I still think if she's makin power and she ain't flyin, lower the nose. (www.ainonline.com) Ещё...

Yep if you just fly the airplane you don't stall. If ur low and slow its power power lower your AOA. Old school flying will never fail ya.

PhotoFinish 8 года/лет назад 2
Is there ever a reason you wouldn't consider AOA, and lower the nose?

(even if she isn't making enough power) in that case you'll have to glide (or push the throttles forward if the engines still work). So you'll have even more reason to lower the nose to have enough air flow to maintain lift and flight, if the engines aren't able to provide sufficient thrust.

Otherwise a big heavy hunk of metal will just drop out of the sky like a boulder.
Ответить ↓•Постоянная ссылка•Вверх•Report

PhotoFinish 8 года/лет назад 2
Learn what? What could the possible reaction to a stall be besides push the nose down and kick up the thrust forward?
Ответить ↓•Постоянная ссылка•Report

preacher1 8 года/лет назад 3
Seems to me that on some of the big iron now that there is an alternative that involves a slight nose raise(not a full stick pullback) and power but most have learned the tried and true nose down, and it works on everything if you have a tad of altitude
Ответить ↓•Постоянная ссылка•Вверх•Report

WALLACE24 8 года/лет назад 2
Hope when they raise the nose in a stall they have some more power to add! Lol
Ответить ↓•Постоянная ссылка•Вверх•Report

bentwing60 8 года/лет назад 2
If you have the misfortune to stall it at ground zero, you made a perfect landing, do it at 100' and you are a statistic. Haven't been to school this week. Don't know what the new plan is.
Ответить ↓•Постоянная ссылка•Вверх•Report

preacher1 8 года/лет назад 1
I really can't remember either. I think it was back when 447 was running hot & heavy, and Airbus tossed something out but idk for sure.
Ответить ↓•Постоянная ссылка•Вверх•Report

Tim Duggan 8 года/лет назад 1
Well, I can talk about how the "big iron" stall training maneuvers (In simulators) were commonly conducted, when I was still working. Actually, it is more precisely "approach to stall" training. They didn't re-create a real-life scenario of an actual inadvertent stall situation. It really is an airmanship exercise, much like a steep turn demonstration in that respect.

Take a look at just about any airline's FCOM for the procedures. Generally there are two demonstration scenarios: The "approach configuration" and the "landing configuration".

In both cases, a pre-determined stabilized straight-and-level condition is established, then thrust is reduced to another pre-determined approximate setting below that needed to maintain speed and altitude. (Tailored to specific airplane type).

The flying pilot increases pitch attitude to maintain altitude, until the onset of Stick-Shaker, whereupon the call is "Max Thrust". The FP is then expected to reduce thrust as the original airspeed is re-acquired, and re-stabilize as before, with NO change in altitude throughout the maneuver, other than -0 / +100 feet allowance typically.

The "approach config" presupposes maneuvering with Approach Flap settings, and Gear up. "Landing config" is full landing Flaps, Gear down. The desired demonstration involves NO configuration changes, no Flap or Gear movement, just altitude, speed & thrust awareness in the "recovery", and is considered "complete" when the original speed/thrust combination is restored. Hardly a "real world" situation.

Will be interesting to see this new development in the Sim training environment. Already there are likely variations in the training situations than what I experienced five years ago.

Here's an FAA AC from about one year ago:
http://www.faa.gov/documentLibrary/media/Advisory_Circular/AC%20120-109.pdf

preacher1 8 года/лет назад 3
It will be interesting. I'm glad I'll be gone before we have to learn all that. If this is all a result of Colgan, the best learning procedure is to pull you head out of your hiney and fly the plane correctly.
Ответить ↓•Постоянная ссылка•Report

preacher1 8 года/лет назад 5
What gets me in all this, you had a high body count on Colgan and knee jerk reactions on a lot of things that were working. Problem is that people cannot accept the fact anymore that somebody just may have made a mistake and screwed plumb up. In this case, those 2 folks are dead, paying the ultimate price for their mistake, but other than learning from it, why drag the rest of us into it.
Ответить ↓•Постоянная ссылка•Вверх•Report

PATFTF PATFTF 8 года/лет назад 1
Flying magazine has covered this exact topic and all about stalls. I think that a AOA indicator would be worth it
Ответить ↓•Постоянная ссылка•Report 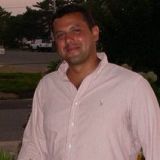 Joseph Velardo 8 года/лет назад 1
Flying magazine has extensively covered this topic and I agree. You need to fly the airplane. The Colgan air crash hit home for me as one of the passengers was a life long friends father.
Ответить ↓•Постоянная ссылка•Report