Размещено год назад
The rollout marks the handoff from the design, development, and build phase to testing, said Blake Scholl, Boom founder and chief executive. After undergoing a series of ground tests, the 21-meter-long aircraft will begin a flight test campaign in the third quarter of 2021 at Mojave Air and Space Port, Scholl said. "We'll be supersonic by the end of next year," he added. This is about a year later than the company's original plans. (arstechnica.com) Ещё...

Torsten Hoff год назад 3
Here is a video of the rollout event:

Ian Washington год назад 1
I wonder if that’s what I seen two nights ago . A plane went by so fast at nighttime it was boggling how fast
Ответить ↓•Постоянная ссылка•Report 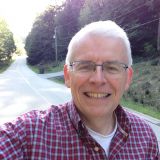 oplowman год назад 2
Since the plane has not yet completed ground tests and commenced flights you saw something else.
Ответить ↓•Постоянная ссылка•Вверх•Report

Scott Campbell год назад 0
I'm guessing a 12 PX biz version only, because only billionaires will be able to keep it in the air.
Ответить ↓•Постоянная ссылка•Report

Torsten Hoff год назад 5
"Scholl said his goal for Boom is not to reserve such rapid trips for the wealthiest customers. "We get up every day, and we want to make supersonic flight available to anyone who flies," he said. The company hopes airlines will be able to sell supersonic ticket prices at about the same fare as a business-class ticket today."
Ответить ↓•Постоянная ссылка•Вверх•Report

john doe год назад 1
Well, it remains to be seen whether such optimistic projections will come to pass. Call it a "stretch goal".
Ответить ↓•Постоянная ссылка•Вверх•Report

Peter Fuller год назад 2
This relatively small XB-1 is a test and research airplane, intended to support design of the proposed larger 65-to-88 pax Overture supersonic airliner. I suppose Boom could develop the XB-1 into a smaller supersonic bizjet, if enough billionaires salivate over that possibility.
Ответить ↓•Постоянная ссылка•Вверх•Report

John Yarno год назад 3
It sounds like this is being done on a firm foundation. That AF contract should nicely take care of transition from a single seat test bed into a viable 'bizjet', and it is likely that with all that behind them, the next transition to a small commercial passenger aircraft. So I guess the big question would be, can that passenger version be made to operate at a low enough overall cost of operation to sell tickets at subsonic seat prices.
Ответить ↓•Постоянная ссылка•Вверх•Report

magarity kerns год назад -3
Did you not look at the pictures or video? The testbed aircraft is just wide enough for the one pilot seat. It might be a rich man's toy to fly himself but could never be a business jet.
Ответить ↓•Постоянная ссылка•Вверх•Report

Stephen Leftly год назад -2
Supersonic aircraft are just a terrible idea from a global warming perspective. It is not just the huge amounts of CO2 that they produce but also the amount of water vapor they release high in the atmosphere.
Ответить ↓•Постоянная ссылка•Report

William L. Pickett Jr. год назад 2
Nah, Boeing, Lockheed, and Douglas never preceded from a scale model due to the US putting rules and regulations on supersonic flights back in the 50's or early 60's. Meaning that they could only fly at or past Mach when over water. When flying over land they would have to fly at cruise speed. Pan Am, Delta, North West, many others looked at obtaining a fleet. But, the rules and regulations and the Nixon administration cut the government funding for research and development completely.
Ответить ↓•Постоянная ссылка•Вверх•Report

The earliest regulatory activity pertaining to supersonic flight in the United States took place in the 1973 and, more recently, in 2019 and this year (2020.)

The major rule making was in 1978 with this:

Amended 14 CFR 91, Subpart I, FAR 91.817 which states, in part;
91.817 Civil aircraft sonic boom. (a) No person may operate a civil aircraft in the United States at a true flight Mach number greater than 1 except in compliance with conditions and limitations in an authorization to exceed Mach 1 issued to the operator under appendix B of this part."
Note that Appendix B is for "flights in a designated test area..." This recent change was to allow modern day developers like Boom and Aerion to test their airframes and engine.

It was on September 24, 1977 when the the Carter administration proposed rules that ultimately gave the Concorde supersonic jet transport restricted but permanent landing rights at 16 airports across the United States. In the end it was only New York JFK and Washington IAD that were allowed to service the British and French Concordes. Branif had an interchange agreement with Air France that allowed a once a week flight from IAD to DFW and return at speeds not to exceed Mach .95

I know the latter quite well since I was one of the folks at the FAA who approved the operation and issued the Operations Specifications to both carriers permitting the operation including routes, speeds, crew interchange, aircraft registration and airworthiness certificates interchange and a host of other criteria.

I have, still, a hard drive and a backup drive with thousands of pages of Federal Register rules and NPRMs, Federal Statutes, FAA, EPA, ICAO, EASA, environmental, noise documents and a bunch of other "stuff" pertaining to the issue of civil supersonic flight. I recently reviewed much of the recent and historic congressional testimony pertaining to noise and emissions relating to the subject of supersonic jet transports on behalf of a client of mine. The bottom line is, in my opinion, that we aren't going to see a commercially viable M1.0+ airplane in the foreseeable future. Congress won't like it, the environmentalist won't like it, the European aviation folks (EASA) haven't even considered it and so on. In addition to that no one has yet to develop the much talked about an airframe with "soft boom" technology. Nor has an engine manufacture even come close to developing an engine capable of completing with FAA's part 36 noise requirements or the EPA's noise and emission requirements. The J85 is one such military engine that's being considered but it doesn't come close to meeting any Federal civilian rules.

Those are my thoughts. Yours may differ.

Peter Fuller год назад 2
Beyond the as-usual informative comment by Captain Buck, the Boeing 2707 article on Wikipedia offers some interesting background on the unrealized effort in the 60s and early 70s to develop an American SST with federal government funding. The daunting obstacles that effort faced - high cost, high projected fuel use, environmental pollution, sonic boom - are still to be climbed.
Ответить ↓•Постоянная ссылка•Вверх•Report