Chuck Me 10 года/лет назад 0
It's kind of a shame they have to jump through all of these hoops because GPS is basically "squatting" in frequencies they weren't supposed to be on. If the GPS receivers were built to better listen to only the frequencies they were supposed to use, this wouldn't be a big issue. But that ship has sailed and GPS is too vital a part of our lives (and security) to allow this to be implemented without it working 100%.
Ответить ↓•Постоянная ссылка•Report 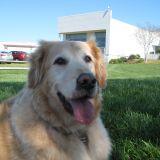 The 'squatting' issue is Mr. Carlisle's invention, primarily designed to try and throw people off the real issue.

You need to understand that when people get involved in spectrum management, they understand that there are at least four factors involved in RF propogation: Power, distance, harmonics, and frequency, not necessarily in that order. There's also antenna design, and location, and other stuff, but in the end, a huge transmitter with lots of power will overwhelm a small transmitter that's way far away, regardless of frequency. It's just a function of electricity in the air.

I testified at the House Small Business Committee hearing on this issue, and I related the story of 'back in the day' when I worked for Motorola selling land mobile radios, and we had a customer in the 450 mhz band getting interference from another customer in the 27 mhz band. Their VHF radios weren't 'squatting' anywhere near the low band radios, but there was interference none the less. Why? They were working 2 miles from the other guys, and the other guys' 100 watt radios with huge whip antennas were overwhelming the signal from the mountaintop repeater 60 miles away that my customer was trying to reach. You know, kinda like a GPS signal from way out in orbit.

Part of good spectrum management means putting high-power systems in one neighborhood. low power in another. That's why GEN Shelton testified that it was akin to 'putting a rock band in a quiet, residential neighborhood.' It's not about squatting, it's about huge differences in signal strength crossing non-existent boundaries between frequencies.

preacher1 10 года/лет назад 0
Well, you are correct about GPS being so much of our daily lives, BUT, as I understand it, Lightsquared frecuencies are planned to be so powerful and will bleed over because they are so close. Who knows, BUT, the GPS has got to be protected now because it is so much a part of daily life and $ always prevent anybody from taking the right look to begin with.
Ответить ↓•Постоянная ссылка•Вверх•Report

Chuck Me 10 года/лет назад 0
From what I have read, I think it's mainly GPS "casting a wide net" to look for signals as opposed to LS being in their band. But yes, the different in signal strengths between LS and GPS is HUGE.

Evidently they have "new and improved" GPS receivers that can better filter out the LS signals. The fact they can change GPS to fix this leads me to believe it's more a problem with the GPS side. But again, the difference in signals is huge. And I don't think this band was initially set aside for terrestrial antenna use.

I would love to see the actual tests LS and Garmin did. They each got totally different results. I would love to understand the technical differences more. Unfortunately when you search for information on it you're assaulted with pages upon pages of people making politics out of this instead of facts.
Ответить ↓•Постоянная ссылка•Вверх•Report

canuck44 10 года/лет назад 0
The gloves will be off soon...the Lightsquared principals have invested relatively little to lever $12B in profit. They will put White House on full court press to veto any attempt to take them down...big donations ahead.
Ответить ↓•Постоянная ссылка•Report

canuck44 10 года/лет назад 0
Unfortunately the LightSquared folks are equal opportunity believers in the purchase of government favors, but only the socialists in power have the product they need to sell, hence the need to get it done before Nov 2012. One should not doubt their largess would have an R behind it were the GOP in power. $12 Billion is a big poker pot and LightSquared already has a 15 year deal with Sprint. After you read about Falconne the CEO you feel you need to go take a shower.

Equally unfortunate is the fact that this is pretty much only reported in technical and financial journals and interest blogs like this. It is essentially ignored by the MSM...even the part where attempts were made to coerce Congressional testimony by our military.

You only need to look at your cell phone or cable bill to understand how corrupt the FCC has been over the last four Administrations (2 Republican/2 Democrat). The politicians are enablers of these regulatory bodies. If we have term limits it needs to be for civil servants as well as the politicians and we need to require Congressional approval for any imposed regulation before imposition.

Was going to reply to our Site Socialist, but it is most difficult to express coherent thoughts, facts and logic in the monosyllables that were taught on the short school bus. Once you get beyond "green", "share", "tax" or "food stamp" you lose the plantation voters.
Ответить ↓•Постоянная ссылка•Вверх•Report

Philip Schramm 10 года/лет назад 0
At first I was offended by your short bus comment. Then, I saw that as written, it says you are able respond due to your short bus vocabulary. Having identified you lack of intelligence, you self-identify as a racist with you plantation voters quip. It dseems clear I can save a lot of time skipping John Donaldson postings.
Ответить ↓•Постоянная ссылка•Вверх•Report 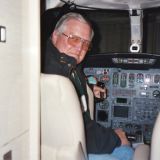 Peter F. Hartmann Esq. 10 года/лет назад 0
Who is kidding who ? There has been a concentrated effort in recent years by some of our politicians (including, sadly, Sen. McCain ) to get us to abandon GPS in favor of the Chinese-French system. Unlike our GPS, which anyone can use, that system requires you to first pay for and receive permission from the govt. before you can access the info.

Philip Schramm 10 года/лет назад 0
At first I was offended by your short bus comment. Then, I saw that as written, it says you are able respond due to your short bus vocabulary. Having identified you lack of intelligence, you self-identify as a racist with you plantation voters quip. It dseems clear I can save a lot of time skipping John Donaldson postings.
Ответить ↓•Постоянная ссылка•Report