Размещено 5 года/лет назад
Supervisors said they awarded the contract to California-based ACI Jet rather than longstanding operator Signature Flight Support to spur competition. That decision follows allegations from some airport tenants in the past year that Signature and the airport’s other contractor, Atlantic Aviation, simultaneously and artificially inflated their fuel prices, frequently within pennies of each other. Atlantic retained its contract Tuesday. (www.ocregister.com) Ещё... 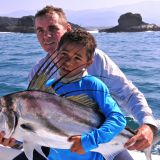 olivier leclercq 5 года/лет назад 3
ACI JET AWARDED FBO LEASE AT JOHN WAYNE AIRPORT
January 24, 2017 (San Luis Obispo, CA) ACI Jet, a world-class FBO providing corporate aircraft management, charter, maintenance and ground handling services has been awarded one of two FBO leaseholds at Santa Ana’s John Wayne Airport (KSNA). The award is the result of ACI Jet’s successful bid in a competitive Request for Qualification (RFQ) process released by Orange County. The award of the lease displaces incumbent FBO Signature Flight Support, who will transfer operations to ACI Jet on or about March 1, 2017.
William “Bill” Borgsmiller, President of ACI Jet notes “We are excited to bring our award-winning, independent FBO to Orange County’s John Wayne Airport. A duopoly of sorts has existed at Santa Ana for the past several years between the chain FBOs, and competitive fuel pricing and service has suffered as a result. It created a disincentive to use SNA for many operators. We intend to change the playing field.” ACI Jet, who operates FBOs at San Luis Obispo, Paso Robles and Oceano offers a full service FBO model, including Part 135 aircraft charter and Part 145 maintenance. In its plans, ACI Jet intends to immediately relocate key aircraft of its charter fleet to John Wayne Airport, in order to provide greater air travel options for Orange County residents. “It has been years since a full-service independent FBO’s sign hung above the entrance door at John Wayne Airport. We’re honored to be given the opportunity to demonstrate what it truly means to serve a community- what an independent FBO can do.”
Andrew Robillard, Vice President, FBO and Facilities of ACI Jet will manage the transition at Santa Ana, and oversee the day-to-day operations in the months ahead. Employees of the displaced FBOs will be offered the opportunity to interview with and become part of the ACI Jet team at John Wayne Airport. Says Robillard, “While exciting for ACI Jet, we acknowledge the human element of the transition is the most vital. ACI Jet has a long tradition of caring for- and developing- its employees. We look forward to the opportunity to grow the ACI Jet family at Santa Ana, and serve our customers as only ACI Jet can.”

# # #
About ACI Jet
ACI Jet is a world-class aviation company providing corporate aircraft management, charter, maintenance and ground handling services. Based out of San Luis Obispo, California since 1998, ACI Jet is recognized as an industry leader in service, safety, and flight support, and is committed to exceeding customer expectations by providing a seamless and unparalleled private travel experience. For more information about ACI Jet, please visit www.acijet.com
Ответить ↓•Постоянная ссылка•Report

Andrew Smith 5 года/лет назад 3
Neither Atlantic nor Signature has ever offered Maintenance or Charter services, they only sold fuel. Despite this they scored dramatically higher than applicants that offered both in-house.The fuel they sold was priced ~1.50 more per gallon than the fuel sold at Long Beach Airport just a few miles away, including by a Signature branded facility. This reduced the County's revenues from fuel flow fees, and caused local operators to base their in some cases $50,000,000 aircraft out of Orange County.

This deprived the County of millions in property tax revenue, as did Staff's repeated delays in offering both facilities for competitive bidding. Justice was done for the taxpayers, and for general aviation.
Ответить ↓•Постоянная ссылка•Report

joel wiley 5 года/лет назад 2
Another source. Sounds like there were a few things going on. No surprise. 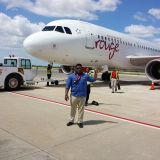 carlos manuel soliman payano 5 года/лет назад 1
Another source. Sounds like there were a few things going on. No surprise.
Ответить ↓•Постоянная ссылка•Report

joel wiley 5 года/лет назад 3
Do you mean on the part of the old FBO, new FBO or both?
Ответить ↓•Постоянная ссылка•Вверх•Report