Photographs of aircraft shot from directly below

Размещено 8 года/лет назад
The Jet as Art, Milstein visited airport runways between 2005 and 2009 and created large-scale photos of various aircraft at the precise moment they passed directly overhead. (www.petapixel.com) Ещё...

Er.A.K. Mittal 8 года/лет назад 1
Amazing ! But that will be like belittling the great work he has created .

splendid by all means . I envy those who have seen the entire works .
I wonder , if the names of the aircrafts and airlines/organisations/owners they belong to are mentioned in the captions some where !
Ответить ↓•Постоянная ссылка•Report 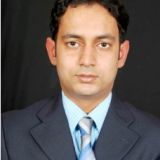 Kathy Weida 8 года/лет назад 1
This is great, I live in the path of McCarran airport and always wanted a poster showing what all the planes are that fly over my house, with titles. Is it possible to buy one like this?
Ответить ↓•Постоянная ссылка•Report

gene kwiecinski 8 года/лет назад 1
I live almost right under the approach to KLGA where it hooks left to rwy 13, so what I've done is just take hi-rez pix as best I can, then do the detective work after-the-fact to ID them. Lots of times you can see the tail number okay, other times when it's, say, above the engine on a T-tail and blocked from view, or *directly* overhead, I'd have to see if I can make out the fleet number on the front-gear door or elsewhere near the front!!

From there, it's just seeing them enough and memorisation.

The problem is with code-sharing and whatnot, when small airlines fly Delta Express livery, or US Airways Express, etc. Then, you're not sure if it's really a Delta bird, or Chautauqua, Pinnacle, Shuttle America, Trans States, etc., unless and until you look 'em up for sure. About half the traffic into and out of KLGA is in Delta Express livery.

Then again, there are some Mystery Planes that I've noticed. White RJs (usually E145s) with blue engines and a blue tail, sometimes with a blue underside and sometimes all-white, but *no* markings except for the tail number. LOF is one, I think CHQ is the other. Just the other day, I caught one of N269SK, which happens to be a CHQ bird.
Ответить ↓•Постоянная ссылка•Вверх•Report 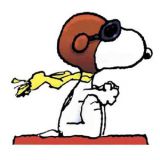